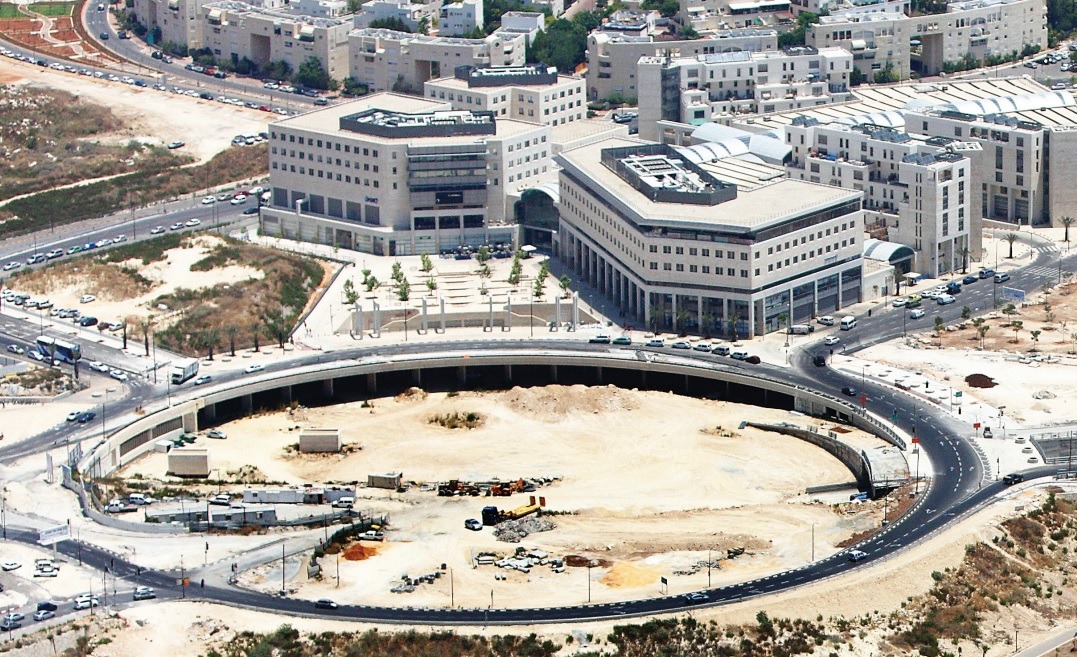 Modiin is a relatively new and vibrant city conveniently located midway between Tel Aviv and Jerusalem. Planned to be Israel’s 4th largest city, Modiin has been experiencing a building boom in residential and commercial sectors since its founding in 1993, producing daily traffic jams on its main highway.

To better serve the growing commuter traffic, in 2008 Israel Railways undertook the establishment of modern rail service between Modiin and Tel Aviv (including a stop at Ben-Gurion International Airport and connections to the northern route). The construction of the central train terminal in Modiin was entrusted to Shapir.

The project was huge and multi-faceted. Four rails were needed, which were provided with tunnels by expert use of the “cut and cover” excavation system. The dimensions were impressive, with the tunnel area totaling 16,000 square meters, the public floor and ticketing area another 13,000 square meters, and an additional level of 6,000 square meters. In keeping with the high aesthetic standards of Modiin residents, the public areas were adorned with polished marble walls.

The Modiin rail terminal is unique for Israel in several aspects. First in terms of its size, which makes it the largest train station in the country; second, it is entirely underground. The terminal was designed to fit into the center of this compact city without adding to traffic problems. The station’s layout encourages the public to leave their cars at home by accommodating connecting bus lines and pedestrians at its ground-level entrance, but providing no parking for private vehicles.