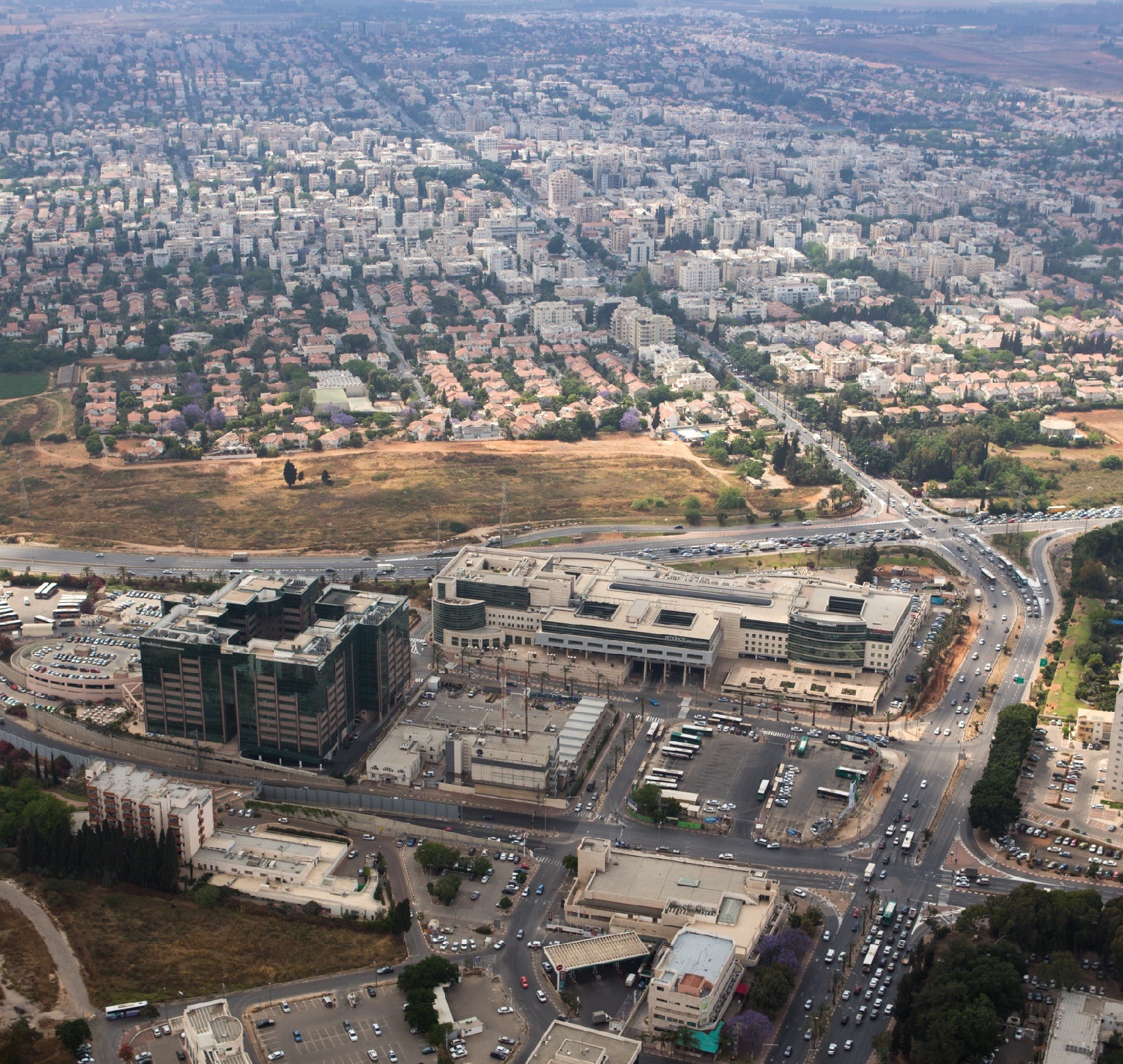 The name Kfar Saba (“Grandfather’s Village”) is misleading for this city, which is rapidly approaching the 100,000 population mark. However, as recently as 20 years ago both it and the neighboring town Raanana (with a population today of approximately 70,000) were still sleepy villages punctuated by dirt paths and orange groves. The location of Meir Hospital and the Raanana Intersection bus terminal on Highway 4 only produced moderate traffic.

Within two decades, the birth of high-tech industrial parks which attracted global industry leaders, together with housing shortages in the Tel Aviv metro area just 15 kilometers to the south, made this area one of the most coveted locations for living and working. That resulted in a population boom which in turn produced some of the worst road traffic congestion in Israel’s coastal region.

Along with other initiatives to relieve the daily traffic tie-ups in the area, a road was planned to connect Kfar Saba and Raanana directly to Highway 444 to the east, and in the process also provide access to the newly built Trans-Israel Highway (the Highway 6 north-south tollway). The siphoning of drive-through traffic from the overburdened Highway 4 would return sanity to local residents and commuters in both Raanana and Kfar Saba. It connects the Trans-Israel Highway with the Ayalon Highway and the Coastal Highway.

This project is a part of the outer ring that encompasses the peripheries, and also connects to the inner ring.

Shapir, with its reputation for high quality and efficiency in highway construction, was awarded the contract by the Israeli government. The project called for the construction of a divided 4-lane highway allowing high speed, with exit and entrance ramps, wide shoulders and retaining walls. In addition, three separate bridges were needed to fly over existing roads and the main rail lines
serving the coastal region. As always, environmental concerns required planning for minimal damage to neighboring farmland and the natural terrain.