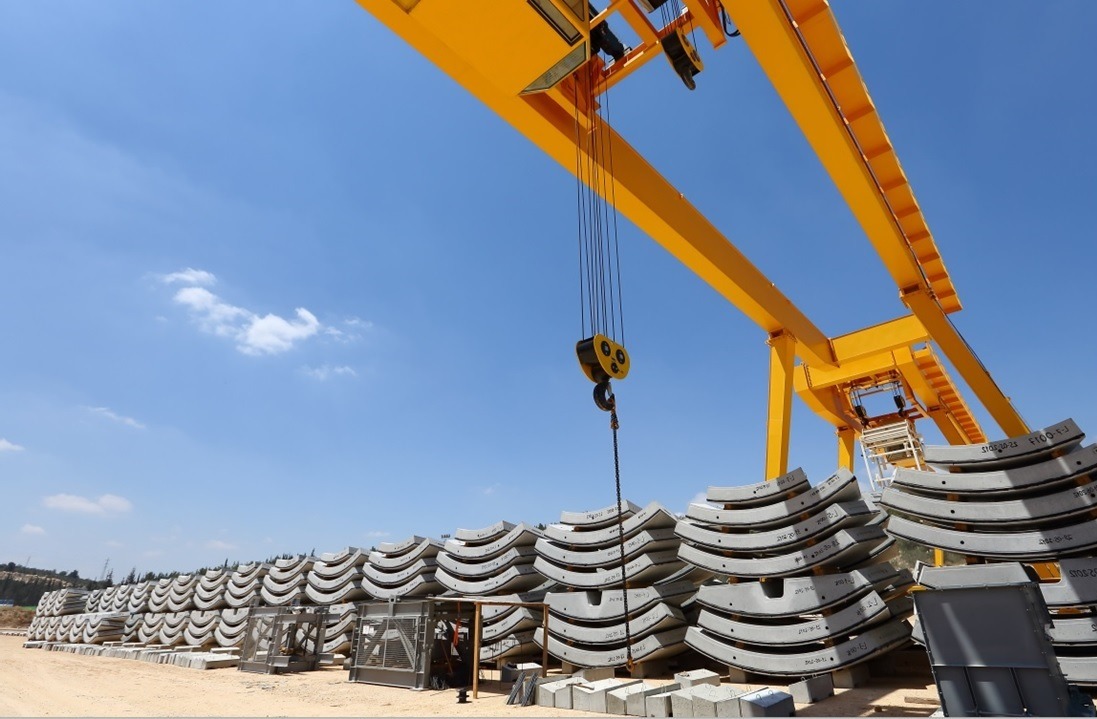 The Shapir Prefab Concrete Plant was established in 1992 to produce pre-cast concrete elements for the Shapir Group and other clients within Israel.

The plant prides itself on having superior efficiency than that of its competitors, with advanced equipment including three 160m casting lines, with a maximum casting strength of 1,350 tons.

The plant produces a wide variety of prefab concrete elements, and is capable of supplying all the infrastructure elements. The concrete is supplied by the adjacent Shapir concrete plant. All steel used conforms to the standards of the Israeli Standards Institute. The casting lines are produced in accordance with the European ISO 9002 standard and undergo examination by the ISI.