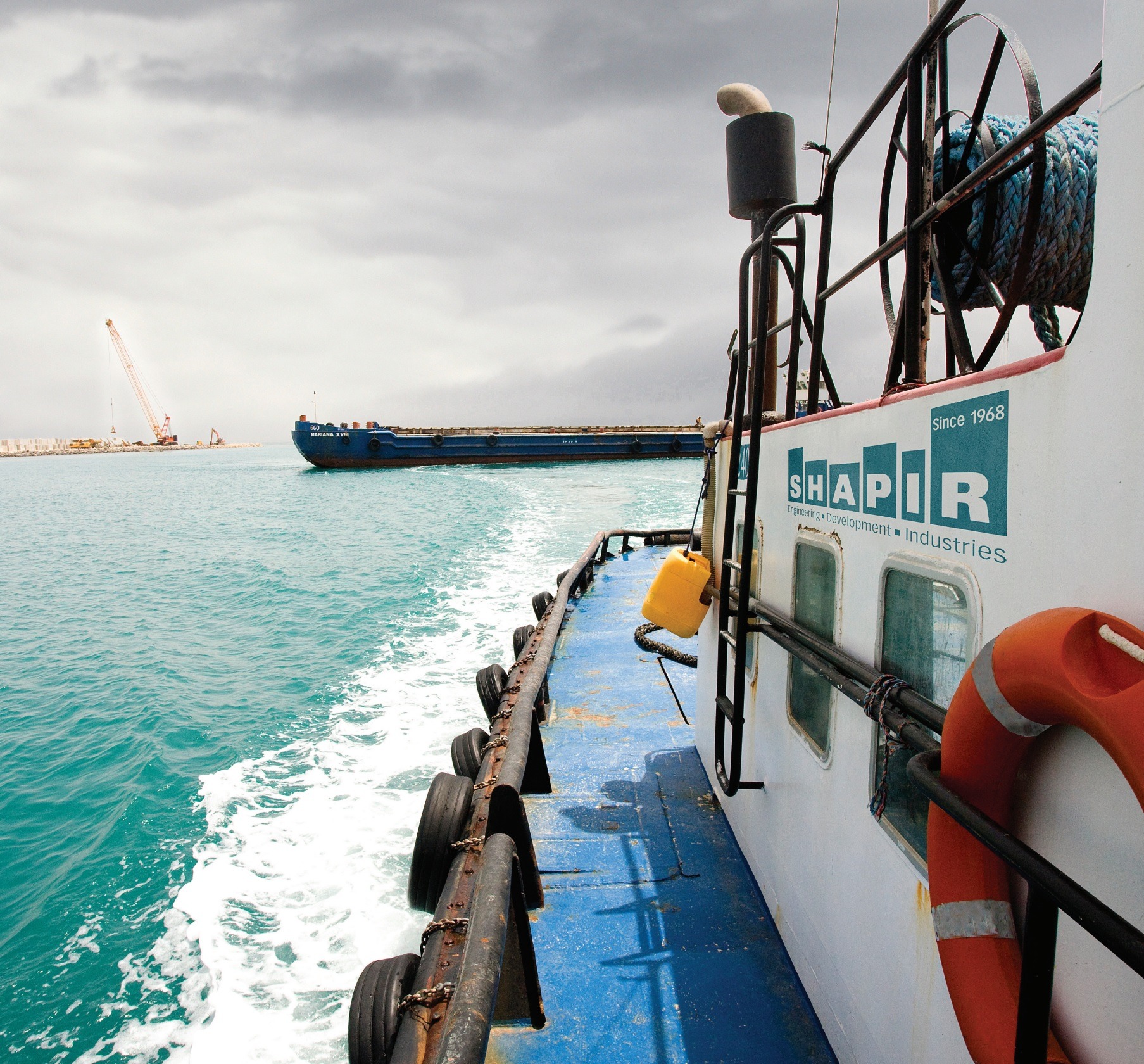 Ashdod Port, approximately 40 kilometers south of Tel Aviv-Jaffa on the Mediterranean coast, was first opened in 1965 as Israel’s second Mediterranean port. The growing international trade with Israel’s industrial and agricultural centers demanded a port larger than that of Jaffa to handle cargo traffic for the central and southern parts of the country.

Ashdod Port is a deep-water port built on the open sea, and its location required engineers to overcome considerable design challenges. Shapir’s decades of experience in marine engineering made our company an ideal partner for the ambitious 21st century expansion of Ashdod Port via a new northern docking center, called Hayovel Port.