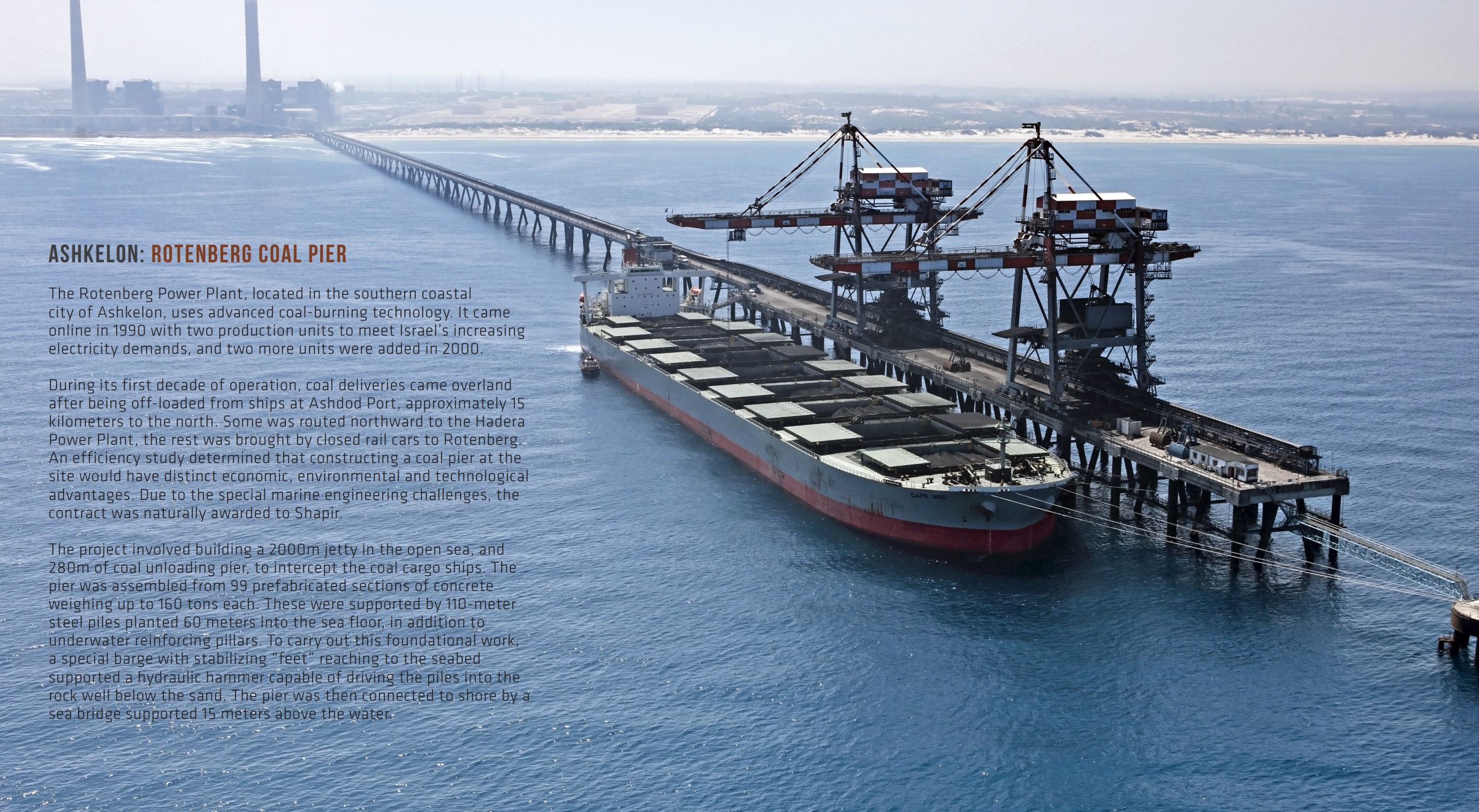 During its first decade of operation, coal deliveries came overland after being off-loaded from ships at Ashdod Port, approximately 15 kilometers to the north. Some was routed northward to the Hadera Power Plant, the rest was brought by closed rail cars to Rotenberg. An efficiency study determined that constructing a coal pier at the site would have distinct economic, environmental and technological advantages. Due to the special marine engineering challenges, the contract was naturally awarded to Shapir.

The project involved building a 2000m jetty in the open sea, and 280m of coal unloading pier, to intercept the coal cargo ships. The pier was assembled from 99 prefabricated sections of concrete weighing up to 160 tons each. These were supported by 110-meter steel piles planted 60 meters into the sea floor, in addition to underwater reinforcing pillars. To carry out this foundational work, a special barge with stabilizing “feet” reaching to the seabed supported a hydraulic hammer capable of driving the piles into the rock well below the sand. The pier was then connected to shore by a sea bridge supported 15 meters above the water.

The off-shore concrete works were performed by a floating concrete batching plant, designed, built and operated by Shapir. With a more direct and cost-effective source for receiving coal deliveries, the national service provider, Israel Electric, expanded the Rotenberg plant with a third power unit, bringing its capacity in line with the demands of 21st century Israeli energy needs and transforming the site into one of the country’s main electricity producers.