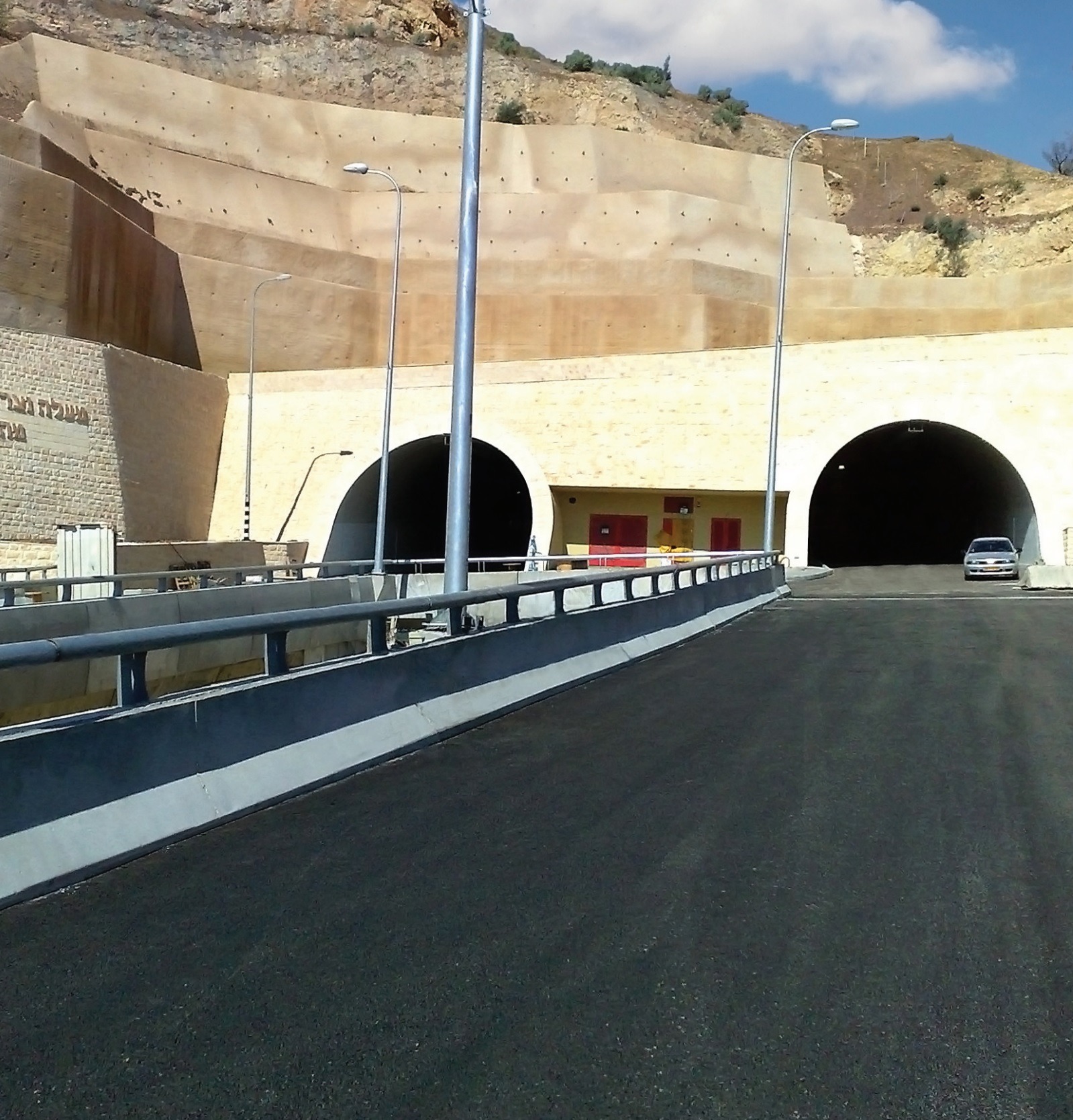 Highway 60 is an important traffic artery for all of central Israel, from Beersheva in the south to Nazareth in the north, passing through Jerusalem as well. The road, which follows an ancient route along the country’s main central watershed, navigates across several mountain ranges.

Near the north end in the vicinity of Nazareth, Highway 60 encounters some of the steep cliffs which characterize the Galilee region. One summit is called Mount Precipice, which stands as a 400-meter obstacle to travelers between the Jezreel Valley and the modern town of Upper Nazareth. The road wound through old Nazareth and up the side of the mountain, in sharp bends that were hazardous even at slow speeds.

The Israel Roads Authority decided to upgrade this part of Highway 60 into a modern road that bypasses central Nazareth. The Bypass Project included twin tunnels through the mountain next to the village of Iksal, just south of Nazareth. Due to its geological complexity and size, the tunnel segment was entrusted to Shapir.

The project included mining twin tunnels of 300 meters for two lanes in each direction, as well as a connecting tunnel for emergencies, a series of access shafts, and four cut and cover tunnels of
around 25 meters each. The mining was done using the NATM method, a new tunneling method, which was tailored to the complex composition of the mountainside – a combination of  fractured rock, and natural caves.

Shapir cooperated with Roichman Bros. Shomron, one of Israel’s leading infrastructure companies. During the course of the project, the Roichman Bros. company was purchased by Shapir.