The A1 Train Tunnels to Jerusalem 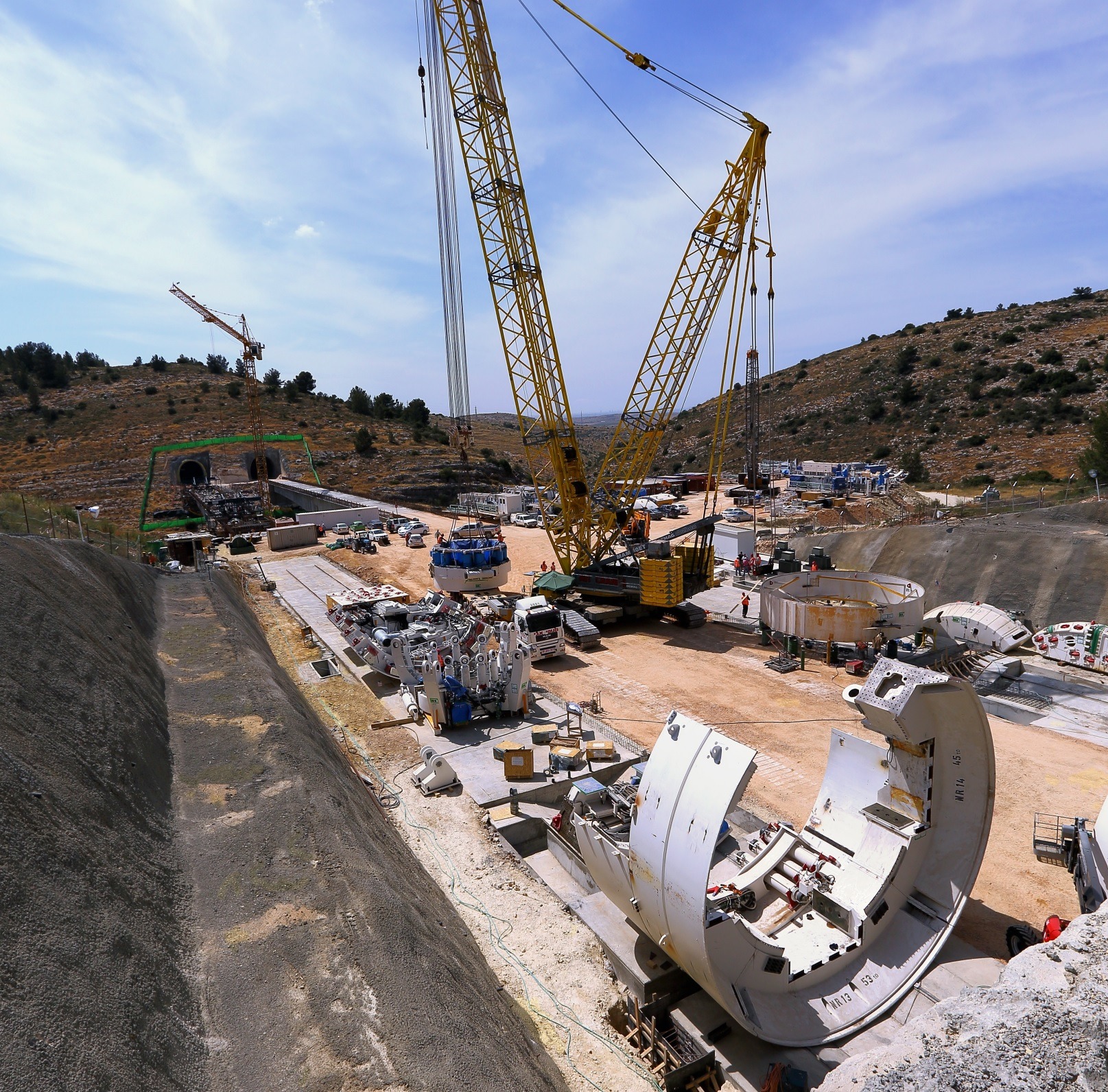 Like most developed countries, Israel possesses the know-how and motivation to supply its citizens with rapid transit,  A new fast train between Tel Aviv and Jerusalem would change the face of inter-city travel across Israel’s central region, reducing the traffic congestion on the two highways crossing that area.

But despite the relatively short distance involved, the task of building a rail line into Jerusalem is intimidating, due to the surrounding mountains and valleys.
Israel Railways has been hard at work rebuilding the antiquated system into a modern railway, and the old Tel Aviv-Jerusalem line has been reactivated in stages to reach the southern edge of
Jerusalem. However, speed was sacrificed in order to negotiate the sharp ascent to reach the city. The area known as Section C, the mountainous terrain west of Jerusalem, remained a formidable barrier to fast trains.

Seeking a practical solution, Israel Railways issued a tender for tunneling through the obstacles, in order to create the country’s first-ever rapid-transit service to Jerusalem, designated as the A1 Line. Several leading construction firms submitted bids to take up the challenge. Eventually the contract, representing one of the biggest engineering projects
ever undertaken in Israel’s history, was awarded to Shapir Group.

The project calls for mining two double tunnels for 2-way high-speed rail transportation powered by an electric grid. The first tunnel measures 1.2 kilometers and the second tunnel stretches 11 kilometers – the longest in the country. The two tunnels are connected by a bridge spanning the Arazim Valley, and they also require service tunnels every 250 meters along the way.

project is valued at over $US 500 million.